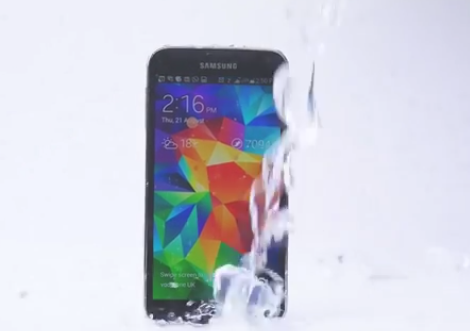 To raise awareness for ALS, Samsung has decided to participate (they weren’t tagged?), but instead of having an executive dump a bucket of ice water on themselves, an advertisement posted to their UK YouTube channel touts the waterproofing capabilities of the Galaxy S5 first and foremost.

After having the cold water dumped on the Galaxy S5, it tags the iPhone 5s, HTC M8 and Nokia Lumia 930. Check it out below:

In a hilarious response, iMore has posted an iPhone 5s taking the ice bucket challenge in response to Samsung:

What do you think? Is it right or wrong for Samsung be turning a charity movement into an advertisement?