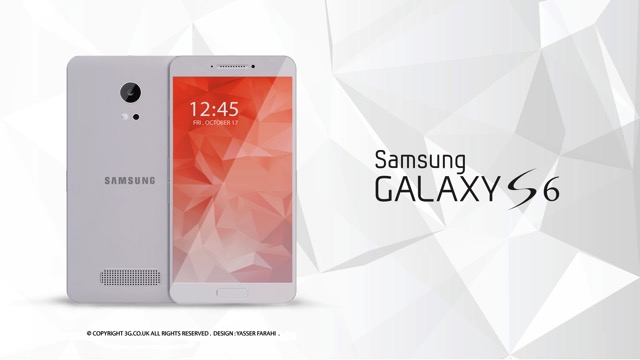 According to a report by CNET, the screen on Samsung’s upcoming Galaxy S6 smartphone would be slightly smaller than the one on the company’s current flagship Galaxy S5, which packs a 5.1-inch display. The source notes that two Samsung mobile phones found on India import/export site Zauba with model numbers SM-G920V and SM-G920F, each of which is associated with the Galaxy S6, feature a 5-inch display. One phone is listed for testing and evaluation while the other is listed for research and development purposes.

“Assuming the specs do point to the S6, the reduction in screen size would be minor as the current Galaxy S5 sports a 5.1-inch display. Even so, that would represent a change in the world of smartphones where most new models tend to increase or at least retain the screen size of their predecessor.

According to a report from French tech blog NowhereElse though, a slightly smaller screen for the Galaxy S6 would not result in a smaller phone overall. In fact, the site claims that the body of the S6 will actually be longer than the S5, though it will be thinner than its predecessor.

Previous rumours have hinted that the Galaxy S6 would feature a Quad HD 2,560×1,440 display, the Exynos 7420 chip, a rear camera with a megapixel range of 16 to 20, and run Android 5.0 Lollipop. More recently, it has also been reported that Samsung will replace its existing crappy swipe sensor with a touch-based sensor, just like the iPhone’s Touch ID.