An annual survey in the United States demonstrated the detrimental effects that recent incidents (namely, exploding smartphone batteries) have had on Samsung’s reputation. 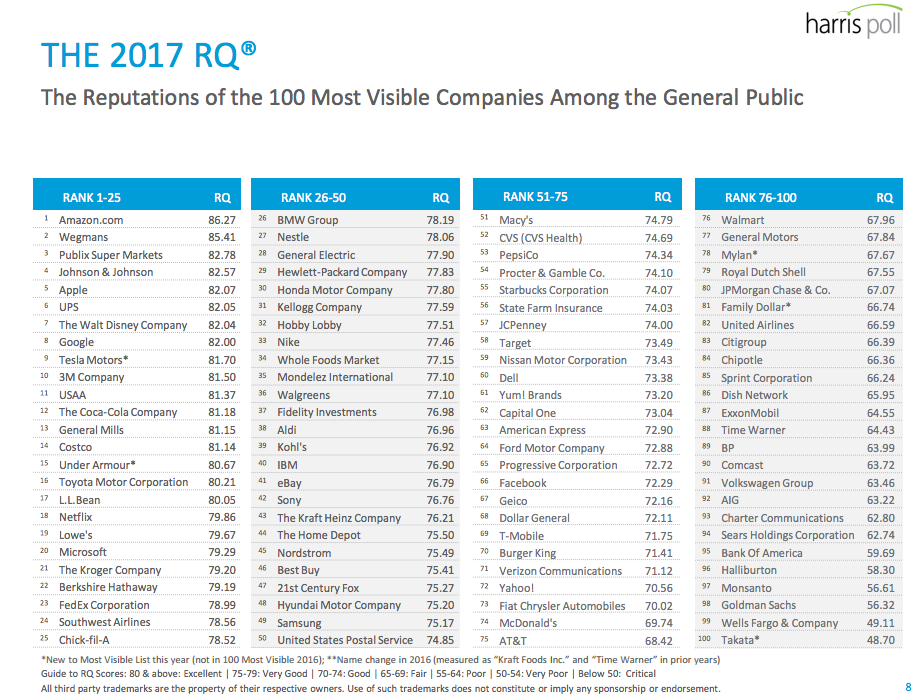 According to a new Reputation Quotient Ratings survey by Harris Poll, Samsung has taken a big hit to its reputation, falling to the 49th position in the 2017. In 2016, the South Korean tech giant enjoyed sitting at the seventh position.

Ranked 13 in 2012 and 11 in 2013, Samsung Electronics placed in the top ten for three straight years at 7 in 2014, 3 in 2015, and 7 in 2016, before plummeting in this year’s rankings. For the survey, 23,000 US consumers were questioned online late last year on six areas: Emotional Appeal, Financial Performance, Products and Services, Social Responsibility, Vision and Leadership, and Workplace Environment.

Amazon ranked as the company with the strongest reputation, followed by the supermarket chains Wegmans in second place and Publix in third. Apple came in fifth, while Google and Tesla tied for ninth. South Korean businesses in the top 100 included Hyundai Motor at 48 and Samsung at 49.

The Harris Poll survey period included the dates between November 29 to December 16, so the exploding Galaxy Note 7 smartphone will certainly have been the decisive factor in the plunge. Samsung is now certainly worrying that its ranking will further plunge as heir apparent Lee Jae-Yong awaits trial over his backdoor dealings with embattled President Park Geun-Hye.

Despite the report, shares of Samsung Electronics surged 2.11 percent to close at 1,933,000 won ($1,686) on Monday, buoyed by analysts’ view that its fundamentals count more than any risk coming from the legal woes of Lee.