Now Samsung’s spilled all the beans, and revealed the new Galaxy S III mini, a slightly paler version of its bigger brother in specs as well as screen size. Our own short time with the phone certainly revealed that its pushing all the same “inspired by nature” buttons of the original Galaxy S III (and the Galaxy Note II), with the same exact rounded pebble shape and layout. The marketing rep we spoke to from Germany said that the company’s research found that users wanted the same phone design as the 4.8-inch Galaxy S III, but in a smaller form factor — to more easily fit smaller hands and pockets. Samsung said those folks don’t necessarily need or want the most powerful phone they can get their hands on and are content to have those mid-level specs — 1GHz dual-core processor, 1GB RAM, a 4-inch, WVGA AMOLED screen and 32GB max of memory. 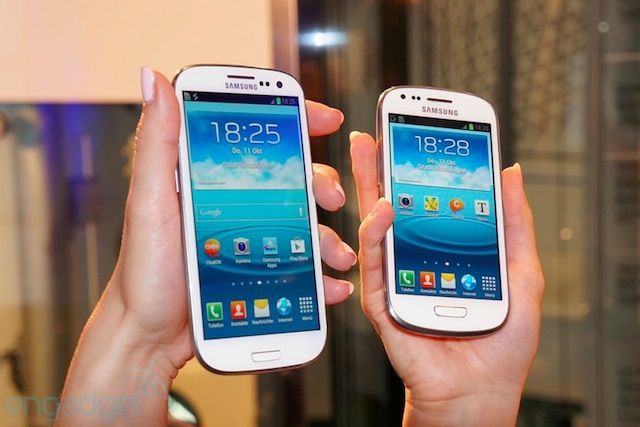 So in other words, nothing is new except for a 4-inch screen. Wait a minute, I thought the iPhone 5’s 4-inch screen was ‘too small’? What are Samsung customers supposed to do now? Buy this phone or the regular Galaxy S III if they want an ‘iPhone 5’ killer?

What do you think? Just another ‘Oh, Samsung’ moment here? Or is this a smart move to target iPhone users that want a smaller screen?

Apple is urging suppliers to make sure that all shipments from Taiwan to China follow Chinese customs regulations to avoid processing delays at the border — reports Nikkei Asia. As political tensions between China and Taiwan continue to rise, the former has started strictly enforcing a long-standing rule that requires Taiwan-made imports to be labelled...
Nehal Malik
24 hours ago

Amazon announced on Friday it has entered into a merger agreement to acquire robot vacuum maker, iRobot, in a $1.7 billion all-cash deal. “We know that saving time matters, and chores take precious time that can be better spent doing something that customers love,” said Dave Limp, SVP of Amazon Devices, in a statement. “Over...
Gary Ng
1 day ago