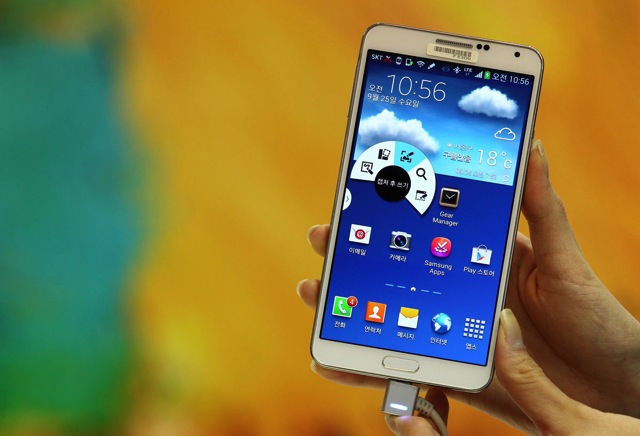 Samsung has published its latest quarterly earnings today and it seems that the world’s largest smartphone manufacturer has failed to meet the analysts’ estimates, posting its slowest profit growth since 2011 as the new iPhone models lured high-end customers. According to Bloomberg, another reason for Samsung’s profit drops is the gain in Korean currency (won) which curbed the value of overseas sales.

“Earnings will remain stagnant this year as the explosive growth of the past two to three years seems to have ended,” said Lee Sun Tae, a Seoul-based analyst at NH Investment & Securities Co. “Although the lower-end smartphone market will continue to grow, the scale of profit from that segment doesn’t compare to the high-end market so the growth seems limited.”

Samsung’s net income, excluding minority interests, rose 5.4% to 7.22 trillion won ($6.7 billion) in the three months ended Dec. 31. Meanwhile, the company is also facing a squeeze on profit margins as new iPhones and cheaper devices made by Lenovo and Huawei crimp its growth.

The Korean tech-giant, which gets more than 80% of sales from outside its home market, has also been hit by the rising South Korean currency, which cuts the value of overseas sales. The source notes that currency moves cut about 700 billion won from Samsung’s earnings. Also, the company made bonus payments to workers and boosted marketing as it prepares to release its new Galaxy S5 high-end device to compete with Apple.