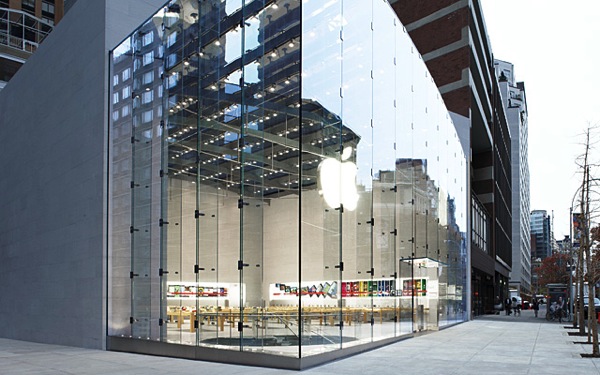 The Information reports (via MacRumors) that Samsung has lured away a senior Apple Retail Store designer, Tim Gudgel, as part of the company’s push for retail. This is the second Samsung hire to come from Apple’s retail department.

Forget the floating Google showrooms. When it comes to retail, Samsung Electronics is contemplating a bigger plunge.

The South Korean company’s U.S. telecom unit recently hired a senior Apple store designer, Tim Gudgel, as it ponders a deeper investment in U.S. retail, according to two people close to the company. Mr. Gudgel specializes in store design and planning. Earlier in his career he worked for Gehry Partners, the firm of famed architect Frank Gehry.

Gudgel has worked for Apple since 2008, and he is credited in patent applications as one of the inventors of the Apple Store located on the Upper West Side of New York City.

Samsung announced that it has plans to open about 1,400 store-within-a-store concepts at Best Buy locations throughout the United States, a similar concept to what Apple already has implemented.

The European Parliament has successfully voted on a proposal that sees the enforcement of USB-C adoption. As such, consumer electronic devices such as smartphones and wireless headphones are required to implement USB-C charging ports by the end of 2024. Therefore, Apple is forced to transition away from its Lightning connectivity in both its iPhone and...
Steve Vegvari
43 mins ago