Hacker Corbin Davenport, who has previously installed Windows 95 on Android Wear as well, has now successfully installed a fully functioning version of an Apple Macintosh II from 1987 on a Samsung Gear Live smartwatch (via Popular Mechanics). 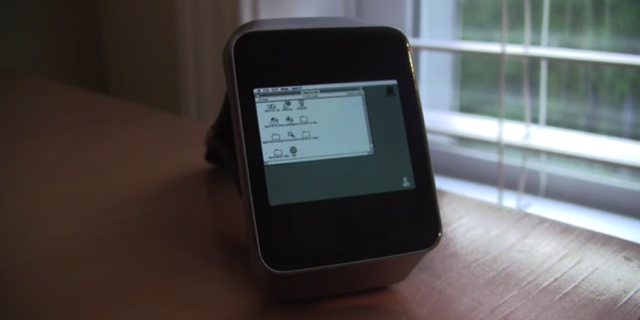 According to the hacker though, the Macintosh II menus and buttons are virtually unpressable with even the most slender of human fingers because they are so tiny. However, if you ask him why did you do this, he’d simply say “Because I can”.

“And let’s face it, this is way cooler and cheaper—than a real Apple Watch”.

Check out the video embed to see it in action: