Samsung Official: Apple Wants us to Make Chips Only, No Longer Design Them 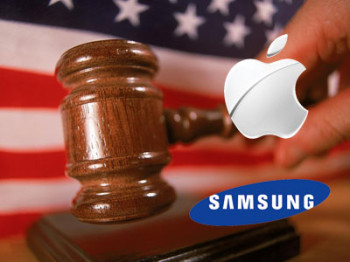 A report from the Korea Times (via CNET) notes Apple has continued to rely less on Samsung as their business relationship continues to deteriorate. Previously, Samsung had a role in not only the production of Apple’s iOS processors but design as well. It appears the latter service is no longer needed by Apple, as the most recent A6 chip within the iPhone 5 was designed solely by Apple without Samsung, according to a senior Samsung official:

“The high-profile hiring of someone like Mergard directly from a big rival no doubt increases mutual tension. Apple wants to internalize its management, even for application processors, and to lower its dependency on Samsung for those logic chips,’’ said the source.

In mid-September, AnandTech noted Apple’s A6 chip within the iPhone 5 was custom designed and not based on licensed ARM cores as in the past. Just a few days ago, Apple hired away prominent Samsung chip designer, Jim Mergard. Recent chatter has noted Apple is moving towards Taiwan’s TSMC for manufacturing next generation A series processors with 20nm process technology, instead of going back to Samsung.

Both companies have continued to sue each other, with Samsung recently adding the iPhone 5 to the list over its apparent infringement of Samsung LTE patents.

What do you think? The saying “don’t bite the hand that feeds you” comes to mind. Samsung probably knew this was coming.