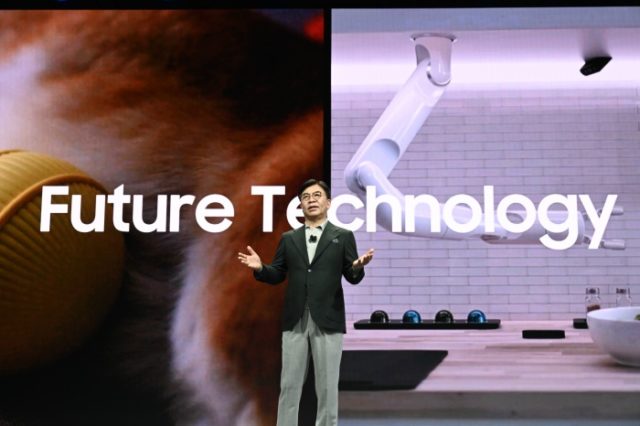 As is CES tradition, Samsung showed off a large offering of new pieces of technology and gadgetry during their CES 2020 keynote. While Samsung still had their industry-pushing Micro LED TVs for attendees to see, it was their announcement of AR glasses and return to smart home speaker systems that surprised many.

While the smart speaker space is already being filled by the likes of Google, Amazon, and Apple, Samsung hopes to carve out a slice of the pie by taking a slightly different approach to it all. According to Bloomberg, Samsung has plans to release the Galaxy Smart Home Mini speaker system in early 2020. Samsung’s strategy is not to copy what other major companies are doing but to work to their strengths.

Galaxy Smart Home Mini picks up where Samsung left Galaxy Home over a year ago. Powered by Bixby, Samsung’s new smart speaker is focused on reliable voice commands when it comes to in-home hardware versus orchestrating conversations based on retrieving internet data. Samsung seems to be aware of Bixby’s shortcomings and has seemingly decided to focus on optimizing hardware and the respective ecosystem.

This also gives Samsung an edge when user privacy concerns are always in question. Samsung’s CEO, Hyunsuk Kim, said: “We will minimize data sharing. I mean, a hardware company like us is willing to do that.”

A new wearable is also a focus for Samsung. The company is working on minimizing dizziness and designing the device to be as small as possible.

Unfortunately, Samsung has no further details to divulge at this time in regard to its AR glasses.