Samsung announced its revenues and operating profit for the second quarter of 2020 yesterday, beating expectations for operating profits driven in part by a one-time payment of nearly $950 million from Apple in Display against the purchase of OLED smartphone panels (via DSCC). 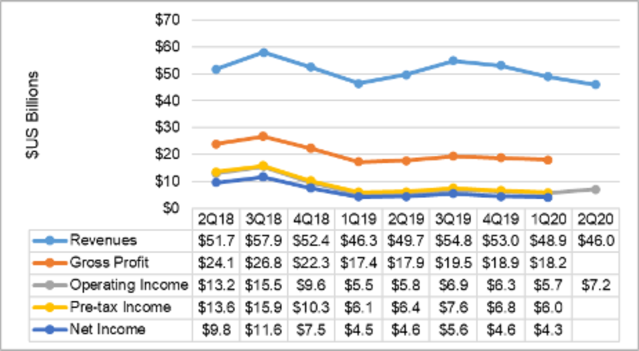 Samsung also reported that its estimate of operating profit included a one-time gain related to its display business.

The Apple payment likely turned what otherwise would have been an operating loss for display devices into an operating profit. The Q2 payment follows the pattern from a year ago when DSCC estimated that Apple paid SDC KRW 900 billion in Q2 2019 for a shortfall in OLED panel orders.

Meanwhile, Samsung’s semiconductor business benefited from strong demand for server memory chips as cloud computing companies increased their capacity to deal with a surge in work-from-home demand amid the COVID-19 lockdowns.