Samsung Says It Has Earned A Quarterly Profit Of $8.3 Billion

Samsung Electronics, Apple’s biggest rival and global leader in mobiles and memory chips, has today announced that the company has earned a quarterly profit of $8.3 billion, selling almost 500 handsets a minute, reports Reuters. 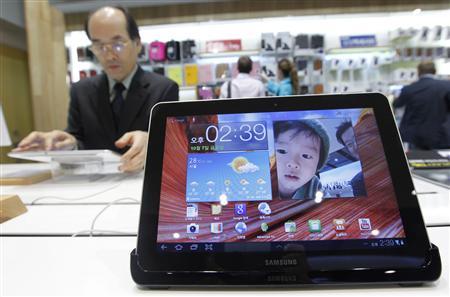 While the Korean company has been setting back to back record quarters for over a year now, investors believe that this run may end in quarter ending in March due to weaker seasonal demand. However, improving chip prices may assist the Korean giant in maintaining its earnings growth during the year. The report also points out that Samsung outpaced Apple during 2012, despite the launch of  iPhone 5, with sales momentum boosted by its Galaxy Note II during the final quarter.

“Investors are a bit concerned that Samsung’s momentum may slow in the first half. The smartphone market is unlikely to sustain its strong growth as advanced markets are nearing saturation despite growth in emerging countries,” said Kim Sung-soo, a fund manager at LS Asset Management.

Samsung, currently valued at around $230 billion, is expected to announced a full earnings release by January 25.

Zellers was an iconic discount retail chain in Canada that was acquired by Hudson’s Bay Company in 1978, then later shuttered in 2013. But now a decade later, HBC says it is bringing back Zellers from the dead, announcing on Wednesday it will be returning in “early 2023,” in the form of a new e-commerce...
Gary Ng
56 seconds ago