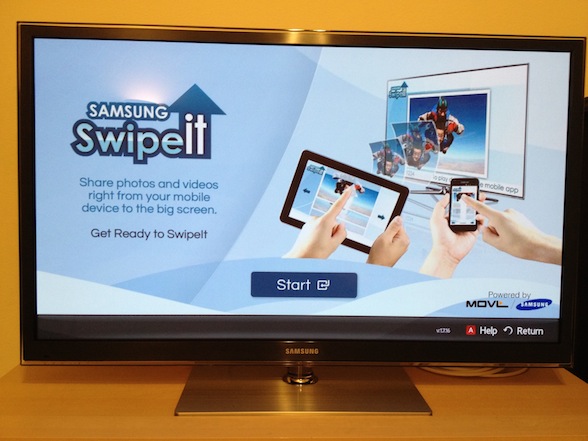 According to Amit Kumar, Samsung is set to debut a new wireless feature at CES 2012 called Swipeit, seen as a competitor to Apple’s AirPlay:

On January 9, 2012, Samsung will announce their Apple Airplay competitor – the Samsung SwipeIt – at CES. SwipeIt works exactly like the Apple’s AirPlay. Watching a video on your smartphone and want to see it on the big screen? Just click a button and the video starts playing on your TV.

Samsung started pushing this application out to their internet-connected TVs on Jan 1, and increased the intensity this weekend, presumably to reach full coverage by the time CES hits monday.

Swipeit will only allow Android phone owners stream their videos and photos right to their Samsung Smart TVs. Amit notes Samsung’s Korean website does strangely reference iOS support for Swipeit but nothing has emerged. 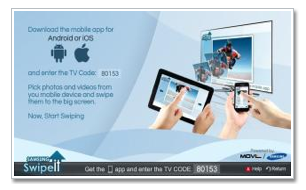 The Samsung Remote for iOS already exists so the argument is it wouldn’t take much for Samsung to add support.