Samsung May Soon Wrap Up its Smartphone Business in Japan

According to a new report by BusinessKorea, Samsung may wrap up its smartphone business in Japan, the same country where its flagship phablet Galaxy Note Edge was released before anywhere else in the world in October last year. The publication notes that during the past several months, the Edge has however failed to resurrect Samsung’s business in Japan, the world’s largest premium market, which is why it is considering a complete withdrawal from the region. 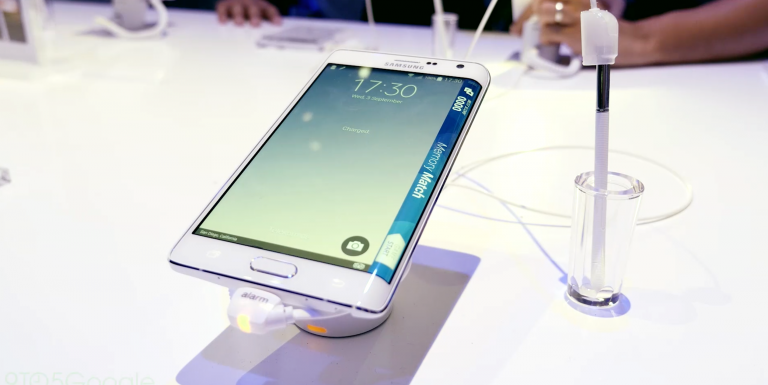 As of December last year, Samsung accounted for only 4% of the Japanese smartphone market, with Galaxy Note Edge selling only tens of thousands of units for four months after its launch. Apple, on the other hand, is riding high, since its share rose from 20% to 30% during the same period, thanks to the iPhone 6 and iPhone 6 Plus. As of now, Apple tops the list, followed by Sony and Sharp, with Samsung coming in at 6th place.

“According to industry sources on Feb. 9, Samsung is in a quandary over its struggling smartphone business in Japan. Some in the company are reportedly saying that continuing the business only causes losses rather than profits.

Actually, consumers in the Japanese market have a strong preference for locally-made products. Hence, it is hard for foreign companies to dominate the market. However, iPhones have been logging strong growth, while Galaxy models have shown a downward trend. Sluggish sales performance in the market has placed Samsung’s management in a quandary”.

Back in 2007, Samsung also withdrew its TV business from Japan, constituting merely 0.1% of the Japanese TV market at that time.

Apple on Monday released tvOS 16.3.1 and HomePod software version 16.3.1 for download. As for release notes? For HomePod 16.3.1, Apple says it includes general performance and stability improvements without going into specifics. The software update size is 467.8 for the original HomePod. In order to update your HomePod software, you need to launch the […]
Gary Ng
11 mins ago

SaskTel is partnering with South Saskatchewan Ready (SSR) to bring the infiNET service to four communities in Southern Saskatchewan. The partnership will expand the SaskTel infiNET service, Saskatchewan’s largest fibre broadband network, to the following communities: Bengough Coronach Rockglen Willow Bunch The project is being facilitated through SaskTel’s Community Participation Program, which has been utilized by over...
Usman Qureshi
36 mins ago

Despite engineering delays, Apple is said to be continuing work on full reverse wireless charging support for the next-generation iPhone (via 9to5Mac). (Concept image: via EverythingApplePro) Citing sources familiar with the matter, the report notes that Apple was expecting to introduce the feature with the iPhone 14 Pro, but it missed the deadline. However, the...
Usman Qureshi
48 mins ago