Joining the likes of Apple, Google and Microsoft, Korean tech-giant Samsung Electronics has today announced its first annual developers conference, which will be held at the West St. Francis Hotel in San Francisco, between October 27 and 29, TechCruch reports. Since the event is not taking place at the Moscone Center, we’re not sure as to what kind of response this brand new thing will receive. 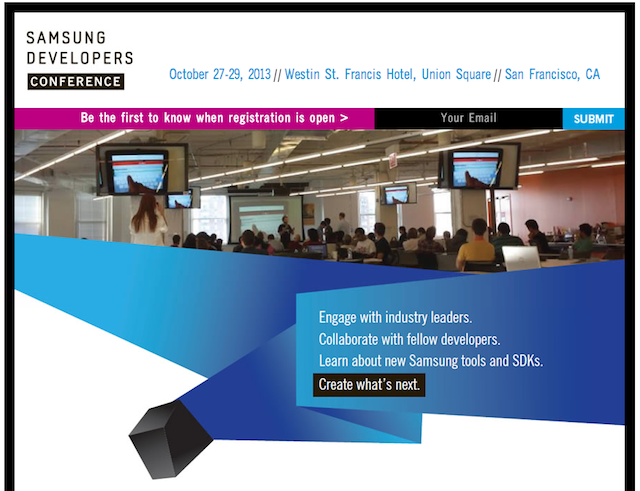 Samsung’s developer event will begin registrations later this summer, with expectations of a fast sell out. The company says that the event is designed for people working on “all divisions, platforms and device” rather than just mobile. Since Samsung now appears increasingly interested in building out its other divisions, and has recently acquired media streaming startup Boxee to help it boost its smart TV efforts, a dev conference can be the perfect place to highlight those other platforms.

“For Samsung this is a big step in terms of differentiating itself from other Android developers on the mobile front. Google already offers the opportunity for devs on its mobile OS to get together and see workshops and sessions, but these are device agnostic, and in fact cater more to developers who aren’t interested in one type of handset over another. A Samsung-specific event will help devs who want to target specifically the smartphones with the largest share of the global market, and help them build apps that leverage the unique capabilities of Samsung’s own modified Android platform”.

Interested users can sign up at Samsung’s developer conference site to be notified when registrations are open.