Samsung is planning to release a new smartwatch in the next few months, that will make and receive phone calls without being tethered to a smartphone, The Wall Street Journal is reporting. The smartwatch, which will work as a stand-alone phone, will also be able to take photos, send email and come with GPS, Bluetooth and a heart monitor, as claimed by sources familiar with the product’s development. 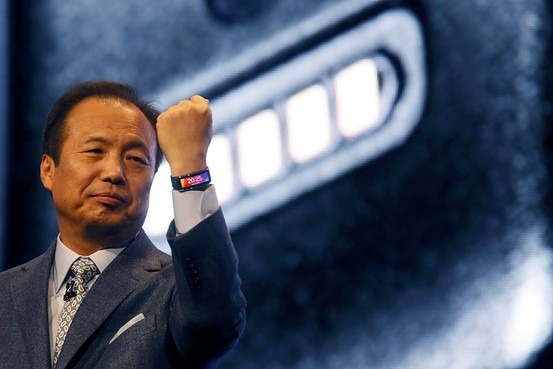 Samsung’s watch-phone will host a suite of features “that would make the gadget-toting James Bond proud”, notes the source. The Korean company is said to be currently in talks with telecom carriers in the U.S., South Korea and Europe about the product, and hopes to unveil it between June and July. The watch-phone will reportedly run on Samsung’s own operating system, Tizen, which was co-developed with Intel.

Samsung’s new watch-phone, which will come with a SIM card, will be one of a handful of stand-alone devices on the market, and the only one yet from a major manufacturer. Many analysts say the smartwatch—with phone functions or without—isn’t likely to amount to much as a business yet.

“There’s still the question of why people really need to buy smartwatches today,” said Lee Seung-woo, an analyst at IBK Securities in Seoul. “Samsung is estimated to be the dominant vendor of wearables, but it will take quite a bit of time for sales to contribute to the company’s earnings,” he said, adding that the market for smartwatches is weaker than smartphones.

The sources have not revealed what the device would be called, or whether a user would make calls by holding the watch up to his or her mouth.