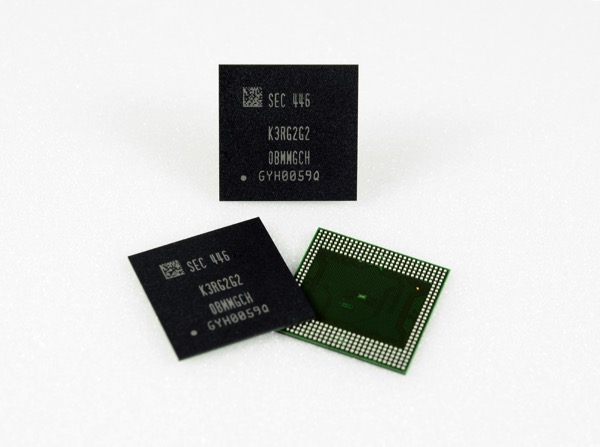 The news comes just months after Samsung began mass production of the next-generation memory chip, the 8-Gigabit LPDDR4 mobile DRAM using a 20 nm process. The new chip offers twice the density and performance of the 4-gigabit LPDDR3. As the iFixit teardown revealed, Apple used Micron’s LPDDR3 chip in the iPhone 6 and iPhone 6 Plus.

“Under the agreement, Samsung will start providing LG Electronics with 100 percent mobile DRAM chips it needs for LG G4 smartphone, which will be unveiled in April. Also, Samsung will handle at least half of the amount that Apple needs for its new iPhone ? tentatively named iPhone 6S,” an industry official who is familiar with the deal told The Korea Times.

According to the anonymous source speaking with the Korean newspaper, Samsung will handle at least half of the DRAM chip orders. What the source fails to mention is that SK Hynix is already ahead of Samsung when it comes to 8-gigabit LPDDR4: A year after announcing the “world’s first next-generation mobile memory LPDDR4”, the module was incorporated into the LG G Flex 2, the smartphone that hit the shelves in South Korea in January. And, by the way, the chip is manufactured using a 20 nm process.

Samsung will provide its own version of the 8 Gb memory chips for the forthcoming Galaxy S6.

Samsung is also said to be supplying Apple’s A9 chips based on its 14nm process, while other reports claim that TSMC will honour those orders. I am guessing that we will need to wait a bit longer to get any confirmation on the above.