Without wasting much time, Samsung has already started trolling Apple’s latest iOS device announcements on Twitter, poking fun at the new iPad Pro, especially the Apple Pencil stylus, as well as the iPhone 6s. While the following tweet doesn’t explicitly mention anything, the tweet clearly mocks the inclusion of the stylus:

In another tweet, Samsung is telling people who watched the Apple keynote, to visit their Galaxy S6 landing pages: 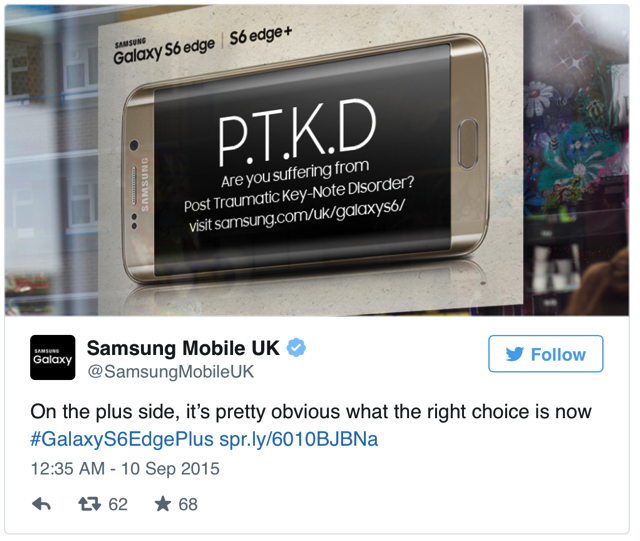 Here are some more absurd Samsung tweets if you’re interested in reading. 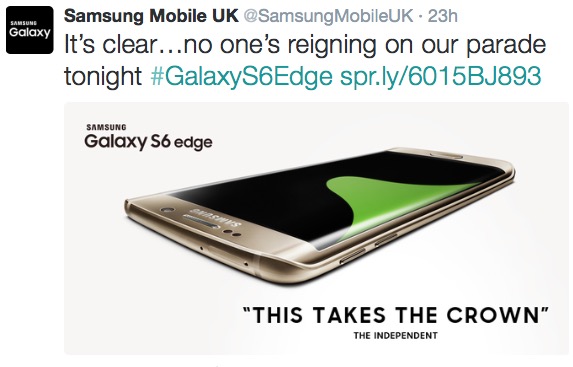 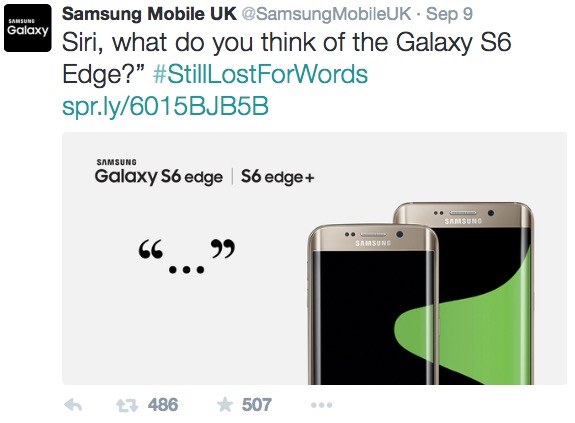 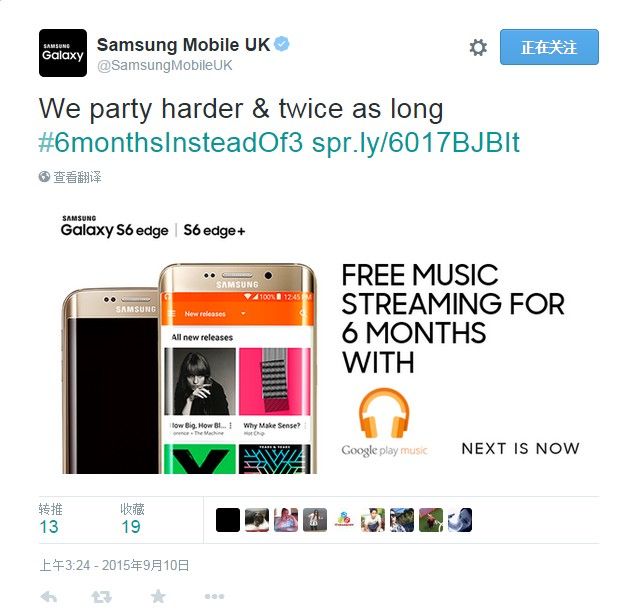