A new report by Reuters has profiled Samsung’s design process and its 40-year old senior vice president and chief mobile designer Lee Min-hyouk. According to the source, Lee, who has acquired the moniker of “Midas” for his golden touch with the Galaxy series, has travelled to Brazil’s Iguazu Falls and the ancient city of Cuzco in Peru for inspiration. The report also points out that Lee is not happy with Apple’s accusations that the Galaxy line is an Apple copy. He claims: “I’ve made thousands of sketches and hundreds of prototype products (for the Galaxy). Does that mean I was putting on a mock show for so long, pretending to be designing?” 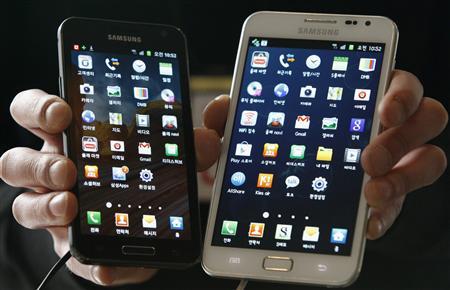 “Without Omnia and Samsung’s previous models, there would have been no Galaxys. There’s a design link among these products,” he said in an interview at his office. “They shouldn’t be viewed as fragmental design. They share our deep deliberation on technology, color and design language.”

“As a designer, there’s an issue of dignity. (The Galaxy) is original from the beginning, and I’m the one who made it. It’s a totally different product with a different design language and different technology infused,” said Lee.

Lee has also admitted that he may not be at the level of Jonathan Ive, Apple’s VP for design, but is pretty confident that Samsung will produce such innovative products one day.