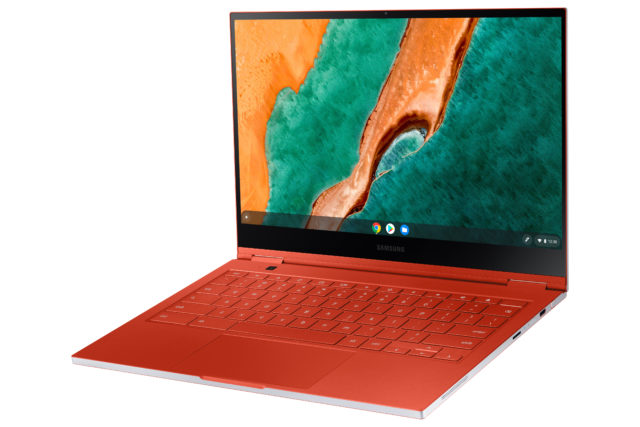 Samsung has placed a release date on its Galaxy Chromebook. After making a great first impression at CES 2020, Samsung has announced that its premium Chrome OS laptop will be available on April 6th.

Most notably, the Samsung Galaxy Chromebook sports a 13.3-inch 4K AMOLED display. Being a 2-in-1 unit, the model folds into a tablet which includes an S Pen stylus for use on the touchscreen. This is the first Chromebook which will feature white balance and colour tuning options for the screen.

Other core features include two USB-C ports, a 3.5mm headphone jack, a 1MP webcam and 8MP rear-facing camera, and a MicroSD slot. The Chromebook is also said to have 8-hours of battery life for its 47.9 Wh battery. The Samsung Galaxy Chromebook will be made available with two colour options. The first being a “Fiesta Red” and the other “Mercury Gray”.

On April 6th, the Samsung Galaxy Chromebook can be found at either Best Buy or Samsung’s official website.