Last month, Samsung opened doors to its first Canadian retail store in Vancouver which many believe, took its simple and sleek design from Apple store with opportunities for customers to go hands-on with smartphones and tablets as well as a corner similar to Apple’s ‘Genius Bar’ to assist the customers. Today, another Samsung flagship store opened on Sydney’s George Street which is not only a block away from Apple’s Sydney store but also has a striking resemblance to its design complete with blue shirt-wearing sales staff (via Daring Fireball). 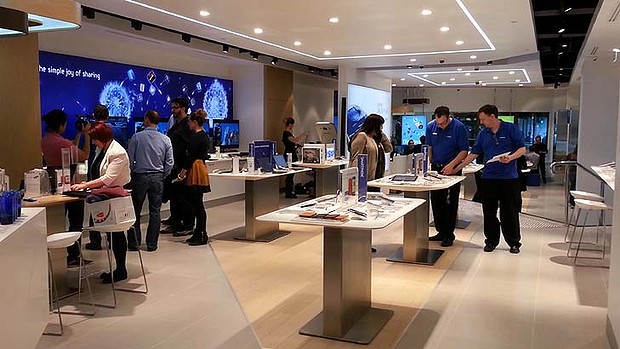 While Samsung continues to deny its new store’s basic design has anything to do with an Apple Store, it showcases all the smartphones and tablets that invite customers to pick up and play in a minimalist environment. The source notes that everything from store layout to the sales staff to the products and even the packaging and promotional material is just like how you find it on an Apple store.

Samsung Australia’s vice-president of telecommunications, Tyler McGee, said Apple didn’t even come into the equation when we were looking for a location. He further argued that this is the layout that we use around the world and “it’s about basically giving the consumers the opportunity to interact, learn and play with our devices”. While Samsung has done will copying the general appearance of an Apple store, Gary Allen from ifoAppleStore believes that  Samsung will find it a lot more difficult to copy the excitement that Apple’s stores generate for its customers. 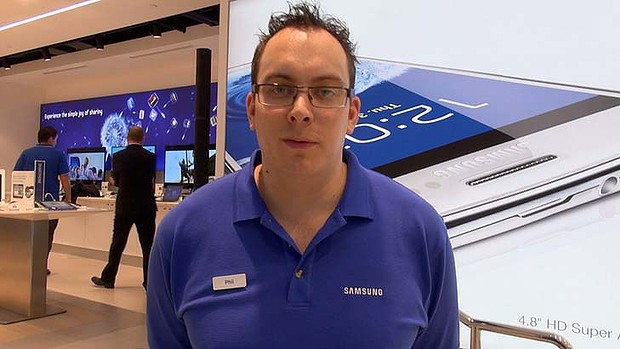 So guys, what do you think about this one? Another lawsuit coming up or what?