Announcing its fourth fiscal quarter earnings, Samsung has posted an operating profit of 6.14 trillion won on sales of 53.3 trillion won, while revealing a net profit decline of almost 40% year-on-year to 3.33 trillion won.

According to The Verge, the South Korean tech giant saw its bottom line hit by slowing demand for smartphones and lower recorded prices for its component business. “We will have an enhanced product mix in 2016”, Samsung said. 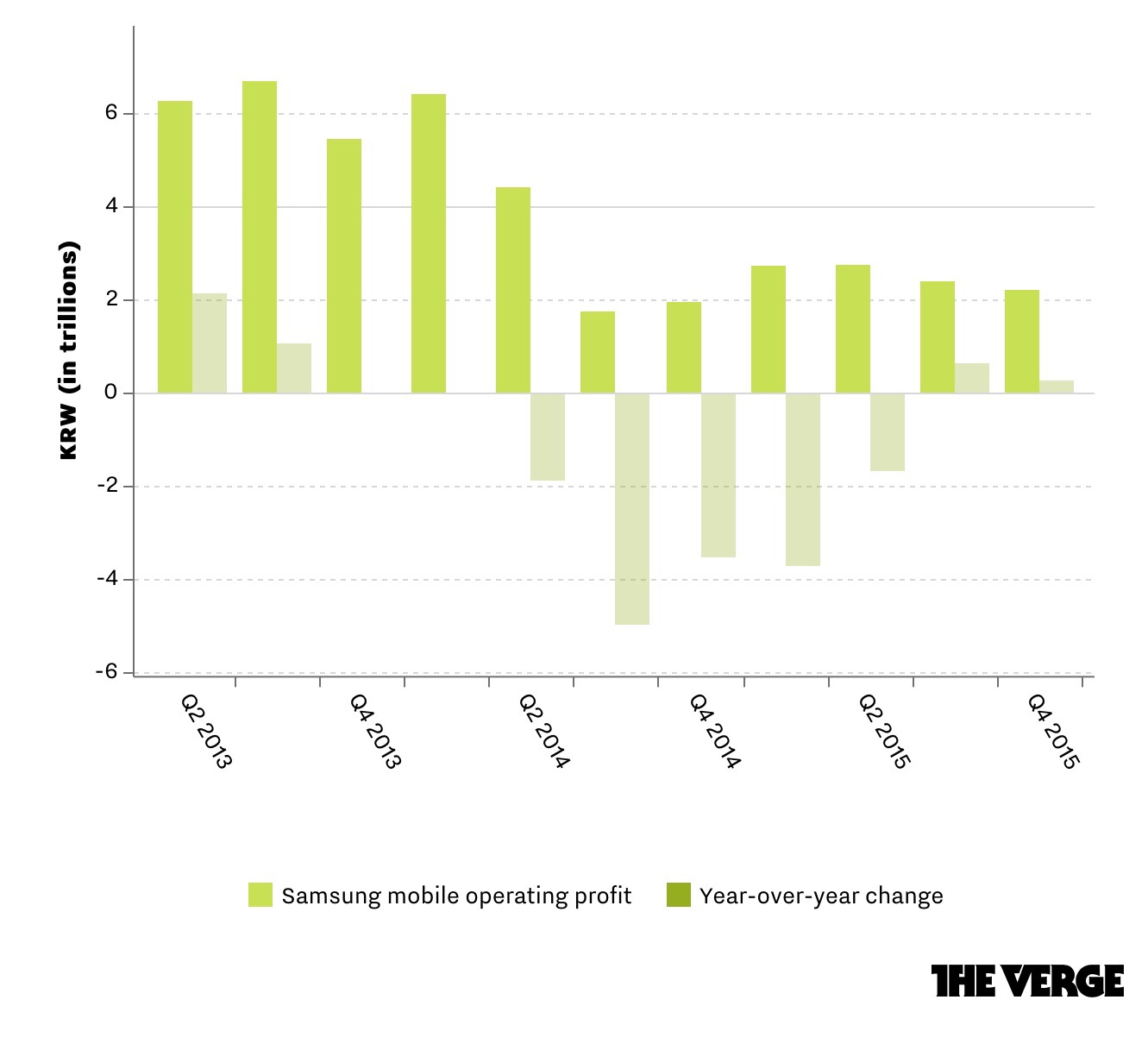 Samsung is now expecting a single-percentage growth for its phones and tablets in 2016. The company is promising better products, including new entries in the Galaxy A series, and also an improved and more competitive mobile software. Samsung’s mobile decision has however recorded slim profit growth for the second consecutive quarter.

The South Korean company is also planning to capitalize on the 2016 Olympic Games in Brazil, with large screen TV sales and to push its premium appliances, such as connected refrigerators, for a consumer electrics business boost.