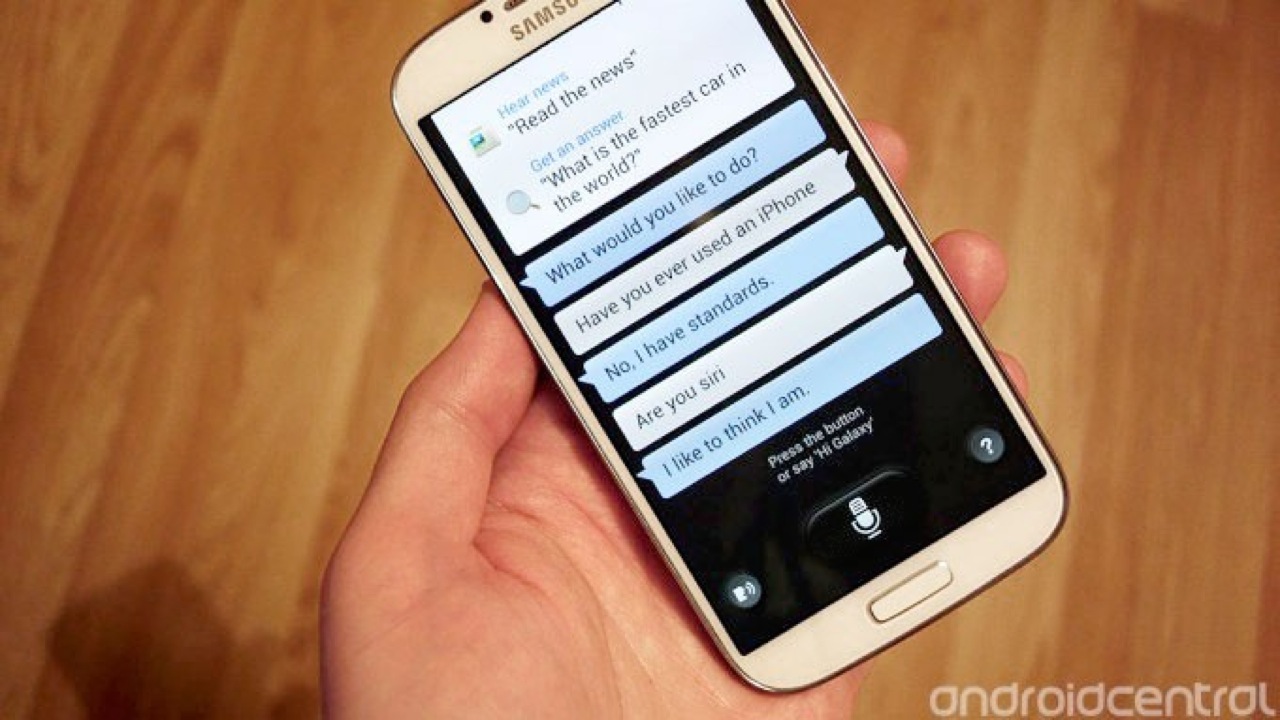 Heavily inspired by Apple’s Siri on the iPhone, S Voice is Samsung’s take on a voice-based personal assistant in its Galaxy smartphones. According to Android Central, if you ask the S Voice if it’s ever used an iPhone, it prompts the response “No, I have standards.” The response has been observed on the international version of Samsung Galaxy S4 and some other Samsung galaxy phones as well.

The source also notes that if you ask S Voice “Are you Siri?“, it responds “I like to think I am.” And if you ask it “Do you like Apple?“, it tells you it has no problems with anyone, but its loyalties lie with Samsung.

Well, Android fans may take it as one of a few Easter eggs found in S Voice, I personally find it a bit lame don’t you think?