Welcoming Apple to Silicon Valley’s largest city, San Jose City Council has unanimously approved a huge development agreement with the Cupertino giant, that gives it up to 15 years to build a maximum of 4.15 million square feet of space, on an 86-acre site in North San Jose, the Silicon Valley Business Journal is reporting. Apple is allowed to use the space for office, R&D as well as for industrial purposes.

“We’re thrilled to have thousands of your employees in San Jose, hopefully shortening the commute for many,” Mayor Sam Liccardo told Apple executives in the audience. “This has been a long time coming.” But just what Apple plans to do there is still being ironed out, said Kristina Raspe, senior director of real estate and development for Apple.

“The opportunity to purchase this site came very quickly to Apple,” she said. “It was something we jumped on without a firm plan. We’re still studying the site to determine the best use for us. At this point, it looks like it will be office and R&D.” 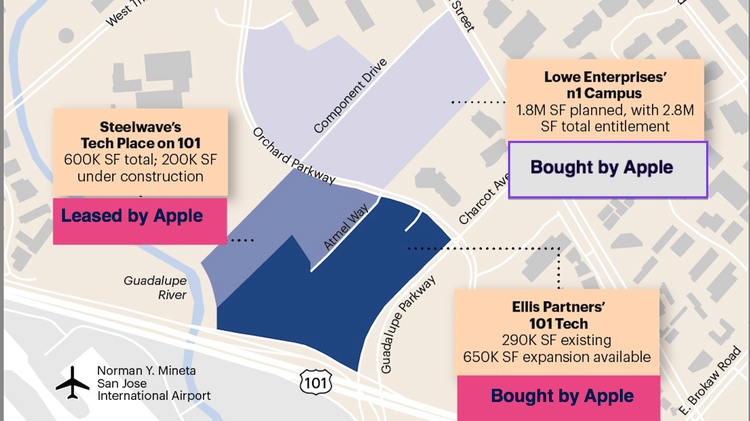 The source notes that the council’s vote was a foregone conclusion, as the city has been eagerly courting the company for years. Even though Apple has not shared enough details about how it plans to approach the project, the official are calling it a game changer for the city.

To put things in perspective, if Apple uses the whole 4.15 million square feet of space to build an office, it could support up to 16,000 employees, though departments like R&D sometimes require fewer employees per square foot.