Apple Patents Use of Sapphire Displays in LiquidMetal iPhones

The U.S. Patent and Trademark Office has today granted Apple a new patent that describes a process in which an iPhone’s sapphire display is joined with a bezel made out of LiquidMetal, AppleInsider is reporting. While the patent filing is over six years old, its grant comes at a crucial time as Apple has recently extended exclusive contract rights to use the amorphous metal alloy in consumer electronics through 2015. 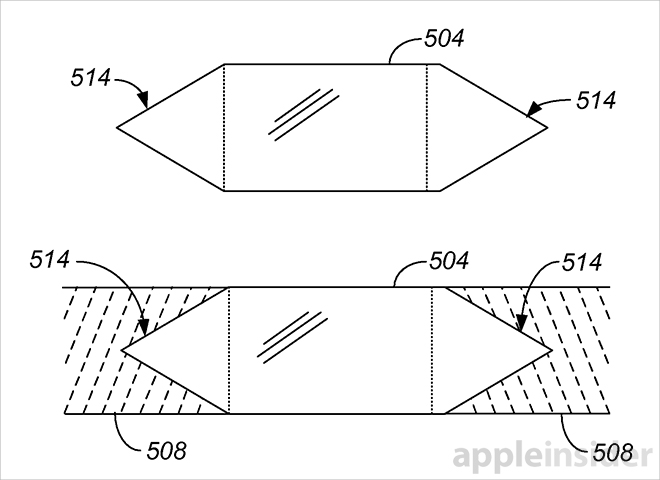 Apple’s patent titled ‘Methods and systems for integrally trapping a glass insert in a metal bezel’ notes that a number of methods can be employed to form a bezel around a glass insert with tolerances “tight enough to provide adequate system stability and protection”, specifically, application of metal injection molding (MIM). Instead of plastic, the patent uses metal in liquid form, with LiquidMetal being the major candidate.

“Chief among alloy candidates is LiquidMetal, which behaves like a plastic and carries thermal properties advantageous to the MIM process. In some cases the thermal properties of select glass and metal materials can be matched to aid in production.

What Apple proposes is the injection of LiquidMetal around a glass or sapphire substrate. The liquid metal flows through a mold’s cavity that contains the transparent material and hardens at a predetermined rate of contraction, “grabbing” the glass and eliminating tolerance issues. Glass edges can be beveled or contain channels to enhance the joining process. The resulting structure is an integrally formed display assembly.”

It is not yet known whether Apple will roll out an iPhone made with substantial amounts of LiquidMetal or not, a near-future release seems quite unlikely. 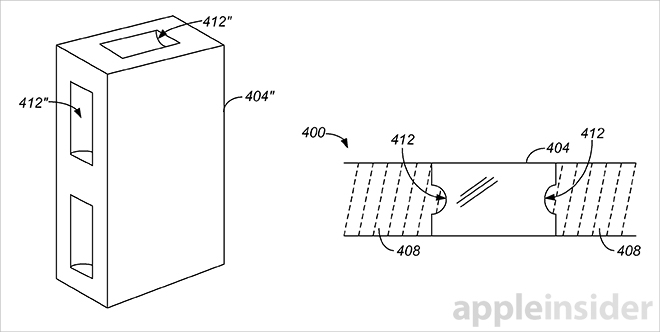