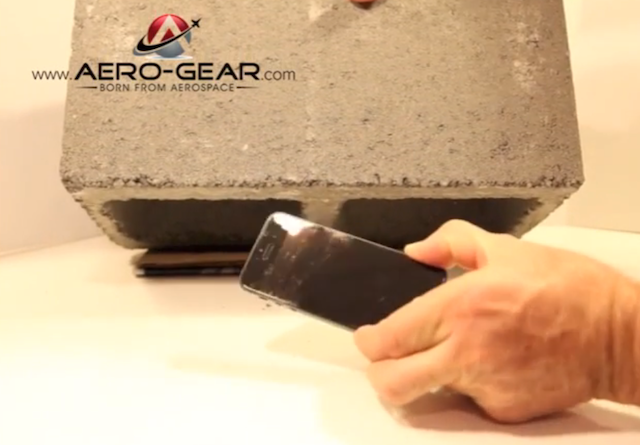 The folks over at Aero-Gear scraped a concrete block across the screen of an iPhone 5 fitted with a sapphire protector, to give us an idea of what we might expect from a sapphire-coated ‘iPhone 6’.

Earlier reports have also claimed that two of Apple’s existing sapphire suppliers, Synopsys and Bern Optics, who currently provide sapphire covers for the iPhone’s rear-facing camera as well as the iPhone 5s’s Touch ID sensor, have made significant investments in equipment and tooling in recent weeks, fuelling further speculations of Apple looking to replace the Gorilla Glass in its next iPhone.

For now, take a look at the video below and tell us what you think: