Shiverware, a Regina-based company that recently developed an app for the Vulcan harp, a favoured instrument of Mr. Spock on the TV series Star Trek, has been awarded a grant of $14,755 by the government of Saskatchewan. According to CBC News, the purpose of the grant is to assist Shiverware in marketing the iPad app that was released in the App Store last month. 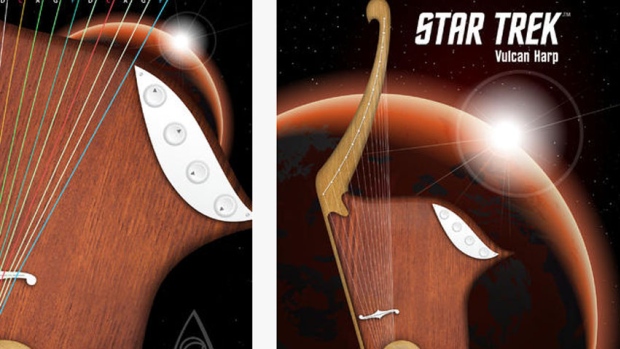 Shiverware’s vice-president David Gerhard said that the main marketing goal of the company is to present the app to fans of the space fantasy genre at an upcoming Comic-Con fan convention. He added that the company went to great lengths to ensure its version would have the same look as the instrument used on the series. “We worked really hard on the string dynamics. We want this to be a real instrument.” According to Gerhard, Spock plays the harp in different ways on different episodes of the TV series. He said that gave the developers some room to play with.

“You’ve got really interesting spacey kind of sounds and you can add reverb and distortion and stuff like that,” he said. “This gives us a little bit of freedom because clearly there’s lots of settings that can be changed,” he said. “So we took some of the sounds from the show and used them as inspiration.”

Gerhard said the company started working on the app in 2011 after a fan of the show suggested it. Shiverware took its work to CBS Interactive, which controls the relevant rights for Star Trek themed multimedia, and won approval. “So we are allowed to use the Star Trek logo and the Star Trek name and everything,” Gerhard said.

The marketing grant was one of dozens announced by Creative Saskatchewan, a new agency created by the government to support province’s creative industries.