SaskTel Brings 5G Connectivity to the City of Saskatoon

SaskTel has begun rolling out its 5G wireless network in the City of Saskatoon, setting a new standard for
connectivity in Saskatchewan’s largest urban centre. 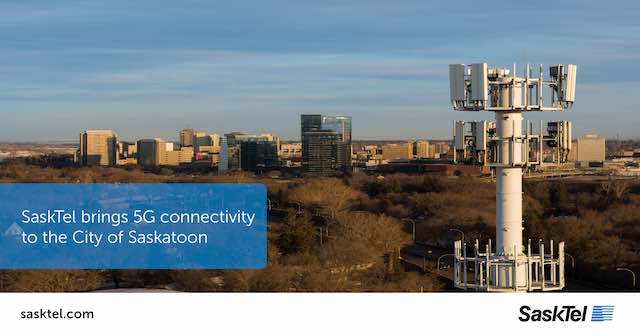 Powered by Samsung, SaskTel’s 5G network delivers hyper-fast data speeds of up to 1.2 Gbps allowing customers to connect faster than ever before.

“As a life-long resident of Saskatoon, I’m extremely pleased that SaskTel has begun to offer 5G service in the bridge city,” said Minister Responsible for SaskTel, Don Morgan.

In order to connect to its 5G network, SaskTel customers will need to be within a 5G coverage area, have a 5G capable device that is certified for use on the SaskTel 5G network and subscribe to a 5G compatible wireless plan.