Back at the end of August, SaskTel announced that it was soon going to start selling microSIM cards. At the time, SaskTel said that the microSIM’s were coming, but that they could not provide an exact date.

Well, the wireless company has made good on its promise to let people know, as SaskTel is now officially selling microSIM cards.

While SaskTel does not yet support the iPhone 4, owners of an unlocked iPhone 4 can definitely pick up one of the microSIM’s and begin service with SaskTel.

So if you are an iPhone 4 and/or iPad 3G owner and are looking for service with SaskTel, you now have that option! 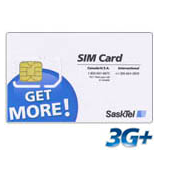