Save $10 Off $50 iTunes Cards at Shoppers Drug Mart [COUPON]

Shoppers Drug Mart has a coupon available for customers to save $10 off $50 iTunes Cards, a 20% discount. Just click here to download the coupon and print it. The deal goes until February 15th.

Other iTunes Cards sales are also upcoming at London Drugs starting February 10th (a similar deal), and also 7-11 has $25 cards for $20. 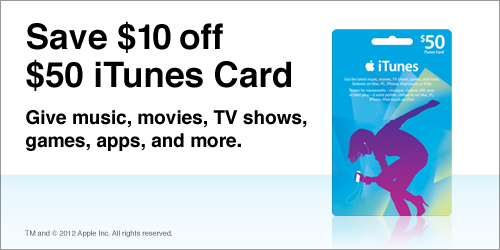 iTunes Cards can be used to fund your Apple ID for purchases in the App Store, iTunes, and Mac App Store.