Save $50 Off Apple Watch Series 2 at Best Buy, Ends Tonight

Best Buy has a Back to School sale on some Apple products, a sale that started on Friday and ends tonight. Here’s what’s on sale:

The sales on the MacBook Air and iPad mini 4 are lukewarm since they are older products. Saving $50 off Apple Watch Series 2 is not bad, however Series 3 is reportedly around the corner–and may come with a cellular option. 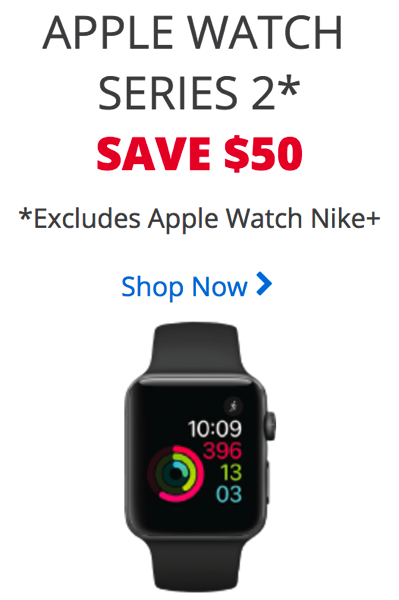 The sale is available in-store and online. You can find savings from Apple’s refurbished store online, however stock fluctuates Apple Watch Series 2, as only stainless steel models are available right now.

Just two months after its launch, OpenAI's ChatGPT has reached 100 million monthly active users making it the fastest-growing consumer app ever, Reuters is reporting. In comparison, it took TikTok about nine months after its global launch to reach 100 million users and Instagram 2 and a half years. According to a UBS study citing data...
Usman Qureshi
5 mins ago

With a $4.28 billion operating loss in Q4, Meta's Reality Labs division recorded a total loss of $13.7 billion in 2022, the company said in its earnings report (via CNBC). Back in 2021, CEO Mark Zuckerberg said Meta's future would be in the metaverse, a digital universe where people will work, shop, play, and learn....
Usman Qureshi
25 mins ago

Apple’s all-new HomePod 2 is launching tomorrow, February 3, 2023, with some early hands-on reviews and unboxing videos already hitting the web. Just ahead of the official release, Matthew Costello, Apple’s hardware vice president, has shared how Apple decided to resurrect a product it had discontinued in 2021. We deeply studied the learnings from the first HomePod...
Usman Qureshi
42 mins ago