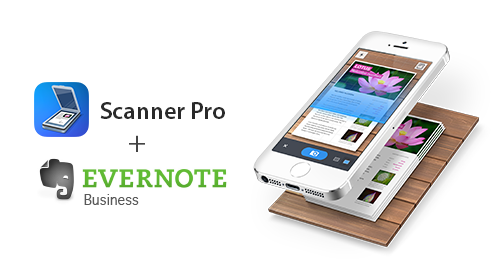 Readdle’s Scanner Pro, the famous iPhone scanner app which recently reached a significant milestone of 6 million downloads and is currently available on a huge 50% sale in the App Store, has today been updated to version 5.2, which introduces support for uploading of Scanner Pro scans and pictures to your Evernote Business accounts.

“Our friends at Evernote, a worlds well-known “external brain”, approached us some time ago to make an integration with their new initiative – Evernote Business. We’ve now added an option to upload scans and pictures to your Evernote Business accounts while choosing folders. It’s very simple and convenient.”

For existing users of Scanner Pro, the update is of course completely free, while others looking to grab it for free have the chance to participate in Readdle’s ongoing promo code giveaway:

We are giving away 5 promo codes to lucky winners.

If you want to win simply follow these steps:

5 lucky winners will be chosen randomly tomorrow and will be given away the codes. Good luck!