In a recent interview with Backchannel, Apple’s SVP of Worldwide Marketing Phil Schiller has explained why the company chose to include the Touch Bar on the new MacBook Pro, while not going for a full touch screen experience. He also addressed concerns regarding Apple’s USB-C only approach with the new MacBook Pro, which he referred to as “the right thing” for Apple and the industry to do. 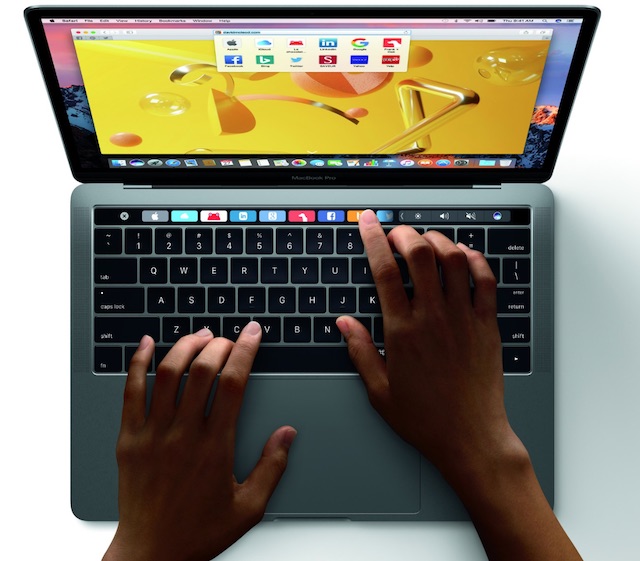 When asked about the absence of a full touch screen experience, Schiller said “Watch, iPhone, iPad, Macbook, iMac, they really are all computers. Each one is offering customers something unique and each one is made with a simple form that perhaps is eternal”. He added that Apple tried to implement touch screens in the Mac family a number of times over the years, but each time, the company deduced that it wasn’t the right thing to do for the ecosystem.

“If we were to do Multi-Touch on the screen of the notebook, that wouldn’t be enough?–?then the desktop wouldn’t work that way. Can you imagine a 27-inch iMac where you have to reach over the air to try to touch and do things? That becomes absurd. You can’t optimize for both.”

“Its implementation is pure Mac,” Schiller said regarding the Touch Bar. “The thought and vision from the very beginning was not at all, ‘How do we put iOS in the Mac?’ It was entirely, ‘How to you use the technology to make a better Mac experience?'”

Regarding USB-C, Schiller said that the inclusion of Thunderbolt 3 is the solution to high transfer rates to and from the computer.

“We care about the feedback but we know that the fundamental difference on where their opinions are coming is between those who had a chance to use it and those who haven’t,” said Schiller, basically saying the same thing as in a previous interview. “There are people who want us to innovate faster and when we do there’s people who say, ‘Whoa, whoa, you’re going too fast.'”

“There’s always something for a critic to beat up on anybody’s notebook, because you have to make choices,” Schiller added. “I know our team made very smart choices and this is the best notebook that can be made with the greatest technology.”