Scotiabank has announced a new way for customers to send money internationally via its mobile app and through online banking, with the launch of Scotia International Money Transfer.

According to the bank, the money transfer makes it possible to easily send money to U.S., China, India, the United Kingdom, the Philippines and many countries in Europe, for example.

“With only a few simple steps, customers can send money in a matter of seconds and their recipients can access the funds in as little as one day,” explains Scotiabank. 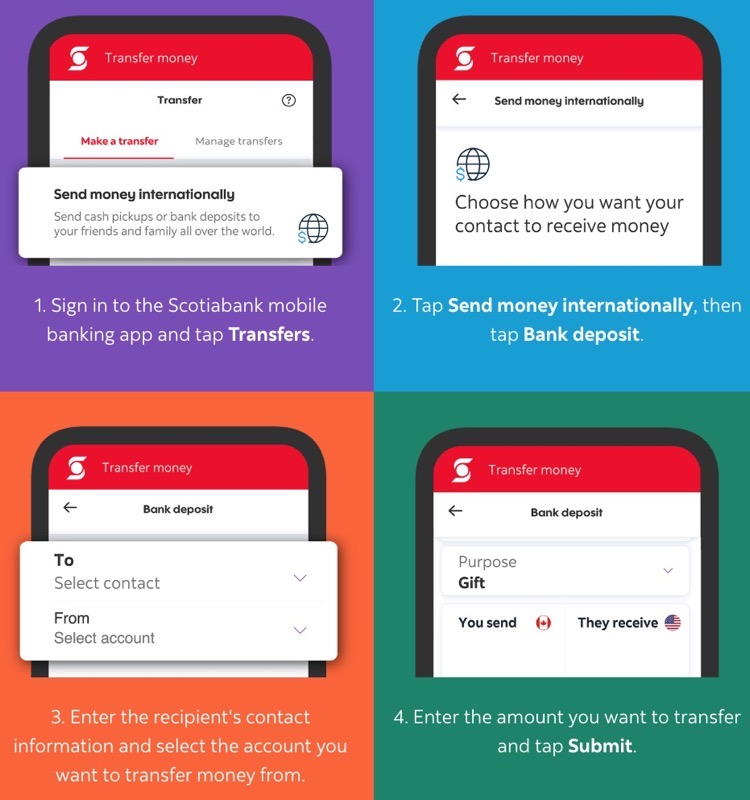 To send money using the mobile app, navigate to: Transfers > Send money internationally > Bank deposit. From here, select your contact, the account where the money is coming from and then tap ‘submit’, after following the required steps.

“We’re ecstatic to be launching an innovative, digital solution that allows customers to send money abroad in a simple, low-cost and secure way,” said D’Arcy McDonald, Senior Vice President, Retail Deposits, Investments and Payments for Scotiabank, in a statement. “By sending money internationally through mobile or online, customers can avoid the often lengthy, confusing and costly process that is typically involved with traditional global money transfers.”

Rival banks such as RBC launched international money transfers within its mobile app back in 2017, the year Interac expanded e-Transfers internationally.