Apple has purchased Scout FM, an app that makes it easy to find podcasts tailored to your tastes. 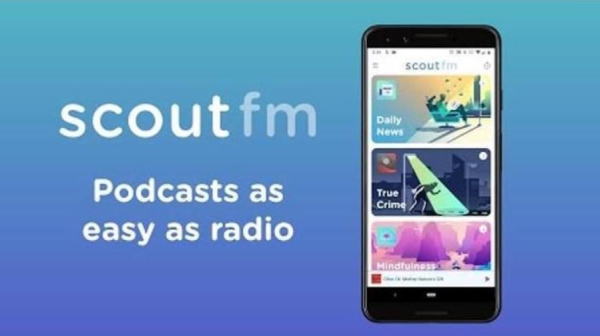 Scout FM makes listening to podcasts more like tuning into radio stations, seeking to improve its service amid growing competition from Spotify, reads a new report from Bloomberg.  The company, headquartered in San Francisco, was founded in 2017, and crunchbase only shows 3 employees. So it’s a tiny acquisition for Apple.

Scout FM automatically generated podcast stations in a similar way Apple Music users are able to create a radio station based on what they’re currently listening to. As TechCrunch explained in 2018, the app allowed a person to create topic-based podcast stations, access personalized recommendations and more:

Scout FM wants to change the way people listen to podcasts. Instead of scouring through the over 500,000 shows in your current podcast app, this startup’s new curated podcast service will just ask you a few questions to find out what you like, then create a podcast station customized to you.

The experience is primarily designed for use on smart speakers, like Amazon’s Alexa-powered Echo devices, but is also available as iOS and Android applications.

According to Gurman, the app used various signals to determined users’ interests, including their listening history, inputs of their preferences and suggestions from the startup’s homegrown artificial intelligence software.

Apple confirmed the acquisition, which reportedly happened earlier this year. The app used to be available on iOS (including CarPlay), Android and Alexa, but Apple shut it down on all platforms shortly after the deal was made.