A new Kickstarter project titled ‘Halo Back’ claims to be the first smart iPhone screen protector in the world, that promises to help you handle your device with a single hand by adding a virtual back button to the iPhone (via Gizmodo).

For Halo Back, we add a circuit layer to traditional glass screen protector. It helps to lead current when you press lower left corner of the screen, so that the back button works. 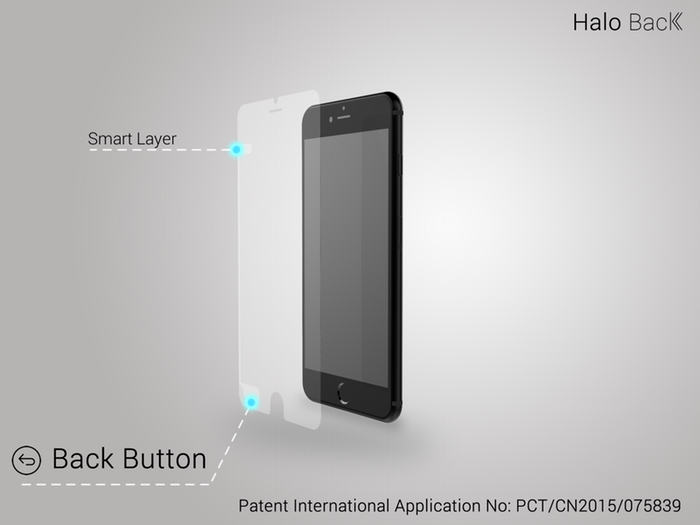 The developers also plan to launch the Halo Back for iPhone 5s later as well.