An iPhone gaming-themed music video by Australian indie-pop band Hey Geronimo has just gone viral. The song is called “Why Don’t We Do Something”, though it doesn’t make much sense what the iPhone games have to do with the song. Nonetheless, the video is pretty special, a creation that portrays what the most popular iPhone games might look like in real life. Included in the music video are Angry Birds, Fruit Ninja, Cut The Rope, Flight Control, and Plants vs. Zombies. 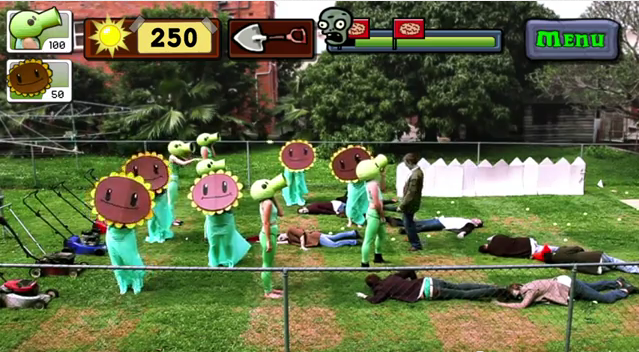 I personally think that Plants Vs. Zombies in real life looks like the most fun. Take a look at the following video and tell us which game in real life fascinates you the most: