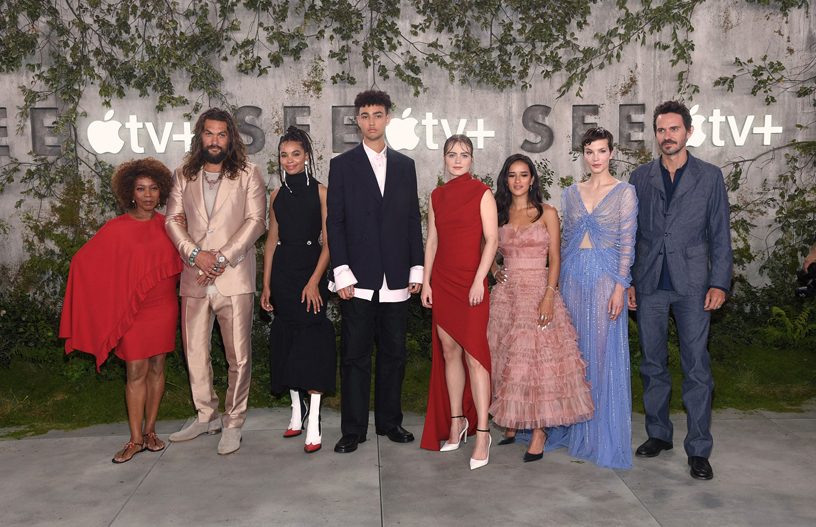 Starring Jason Momoa, “See” will also feature actors and actresses such as Alfre Woodard, Nesta Cooper, Archie Madekwe, Hera Hilmar, Yadira Guevara-Prip, Sylvia Hoeks, Christian Camargo and others, many of whom Apple says are blind or have low vision.

Apple shed a few details on the upcoming sci-fi drama:

Written and created by Steven Knight and directed by Francis Lawrence, ‘See’ takes place in the distant future after a deadly virus decimated humankind. Those who survived emerged blind. Jason Momoa stars as Baba Voss — the father of twins born centuries later with the mythic ability to see — who must protect his tribe against a powerful yet desperate queen who wants the twins destroyed. Alfre Woodard stars as Paris, Baba Voss’s spiritual leader.

The first three episodes of the show will be available to watch on Apple TV+ in over 100 countries and regions around the world, including Canada, from November 1, with new episodes scheduled to roll out weekly, every Friday.

The Cupertino tech giant recently held premiers of several major shows that will be available on Apple TV+ beginning November 1, including the sci-fi drama “For All Mankind.” The company is exploring different tactics when it comes to releasing the shows.

“For All Mankind” will launch with first three episodes, then new ones will be released every Friday. Other shows like “Dickinson” will make their entire firsts season available for binge-watching. Apple’s already renewed several shows for second seasons, including “See.”