Sega Announces Mini Version of its Iconic Sega Genesis [u] 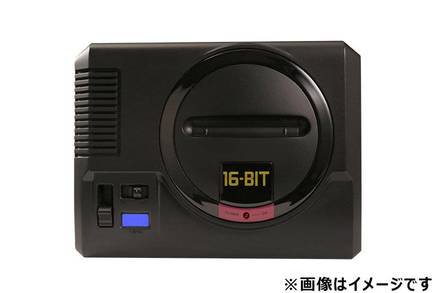 Following in the footsteps of Nintendo, which successfully launched the mini versions of its NES and Super NES gaming systems last year, Sega has now announced that it will be releasing a mini version of its iconic Mega Drive game system (Sega Genesis in North America), which will hit the stores sometime in 2018 at an undisclosed price, TechCrunch is reporting.

The report notes that Sega has asked AtGames to build the Mega Drive Mini system, the same company that built the shoddy Sega Genesis Flashback. There’s no word yet on the roster of games to be included, or the hardware specifications of the device.

While Nintendo paid attention to the details in its retro systems, with both the mini NES and SNES bringing the best of past to the present, it will be interesting to see how Sega debuts the mini version of its best-selling console.

In addition to a mini Mega Drive system, the company also announced at least 15 classic Sega games will hit the Switch this summer to celebrate the system’s 30th anniversary.