How to Select Multiple Apps on Homescreen in iOS [VIDEO]

Here’s a handy little tip for those who like to keep their iPhone and iPad Homescreens organized.

When you tap and hold an app icon to enter the wiggly mode, simply use the other hand to select multiple app icons for dragging them all together across the screens or to another folder. You can also swipe with a second finger to quickly sort between screens. 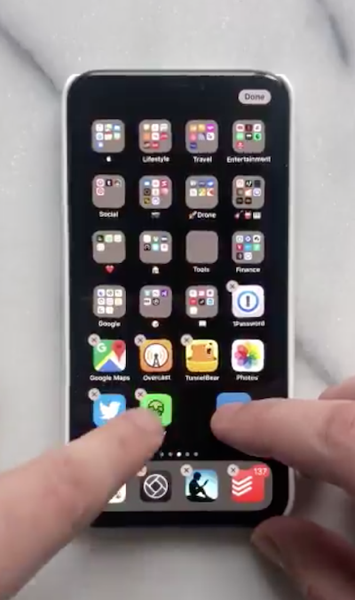 While the feature was actually introduced with iOS 11, it has recently been highlighted by UX designer and developer @ManikRathee on Twitter.

Check out the small video clip in the following Twitter embed for a better idea.

So, uh, did anyone else know you could select multiple apps like this on iOS?

Because I definitely didn’t just discover it. pic.twitter.com/Nq0wfuqzb6