The City of Edmonton is piloting two automated, electric lawn mowers at Coronation Park near 142nd Street and 111th Avenue this summer. According to CBC News, the two-foot-long mowers are programmed to stay within electric fencing that runs underground along the perimeter of a small soccer pitch. 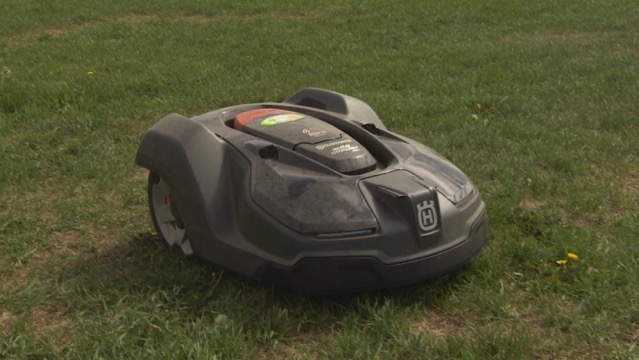 Called the Husqvarna 450X, each lawn mower cost the city $9,000 to purchase and install, and takes around 12 hours to cut the field, requiring hour-long recharges very four hours.

“We are very interested in new technologies and always improving the way we do work, and also be conscious about our environmental footprint”, said Olivier Le Tynevez-Dobel, sports field supervisor with the city.

He continued that the pilot will give the city a chance to see how people interact with the self-driving mowers.

Le Tynevez-Dobel also pointed out that the mowers are not replacing any jobs or employees, adding that the units would be placed only where it’s dangerous for the existing fleet to venture.