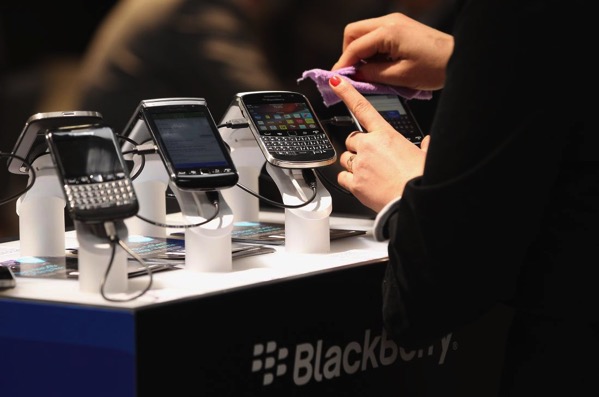 According to a report by Time Magazine, the security obsessed U.S. Senate’s IT department unit has finally told the administrative staff that it has some 600 BlackBerry devices left in stock, and once they’re gone, staffers will have to move on. Instead staffers will be offered select iPhone or Android devices, according to an internal U.S. Senate memo, which also states that BlackBerry has told Verizon and AT&T that all BlackBerry devices running BlackBerry 10 have been discontinued.

“BlackBerry was the device of choice for IT departments because its service was viewed as much more secure than what was offered with young up-and-coming iPhone and Android phones. BlackBerry’s dominance among the political elite was signified by the famous picture of then-Secretary of State Hillary Clinton wearing dark glasses and typing away on her BlackBerry.

The Senate was one of the last bastions for Blackberry devices. Adherents still cite the long battery life, secure email, and keyboards as key selling points”.

Meanwhile in an official announcement made earlier today, BlackBerry has also said that it will stop making its new ‘Classic’ model almost 18 months after launching the device, which the Canadian company had hoped would entice users who prefer a physical, rather than touchscreen, keyboard, Reuters reports.

Shares in the Canadian technology company fell more than 3% after an executive confirmed the move. “The news is another negative for this handset business,” said Morningstar analyst Brian Colello. “It seems more and more likely that the company is going down the path of exiting handsets.”