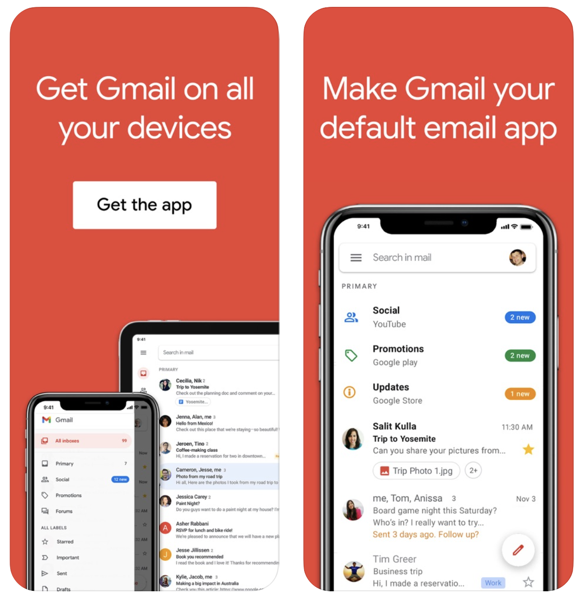 Google’s Gmail app has been updated to now allow iPhone and iPad users to set it as default in iOS 14.

“With iOS 14, you can now set Gmail as your default email app. Follow the in-app prompt or go to Settings > Gmail to set Gmail as Default,” explains the Gmail iOS update.

The move joins other email apps such as Microsoft Outlook and Readdle’s Spark which have been updated to enable being set as the default app in iOS 14.

It’s worth noting though, an iOS 14 bug currently means your default email and browser apps choices will reset after a reboot. Apple acknowledged the error and said an upcoming software update will fix it.

After updating Gmail for iOS below, on your iPhone, head to Settings > Gmail > Default Mail App > Gmail to set Google’s email as your default email app, when you click mail links.