How NBA Legend Shaq Spends $1,000 a Week on Apps [Interview]

Back in March, NBA legend Shaquille O’Neal a.k.a Shaq had admitted in an interview that he spends roughly $1,000 per week on apps. Now, the retired superstar has sat down in an interview with FastCompany’s Jason Feifer, revealing just how he is able to spend that kind of money every week buying apps in the App Store. 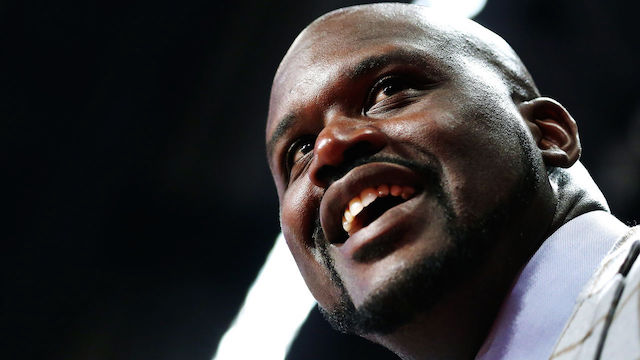 When asked if it is really true that he spends $1,000 on apps a week, Shaq said “I do. I do. I’m a sucker for apps”. He added that he’s on App Store every day and if he sees anything interesting, he’ll just go ahead and buy it, be it games, books, movies, gadgets or security features. Replying to the question of what gadgets he had bought this week, Shaq pulled out his iPhone 6 Plus and said:

“I got this one, I told my son about it, PhotoMath. Have you heard of it? So if you have a math problem, you take a picture of it, and it gives you an answer. I’ve got basketball. I’ve got leadership quotes. I’ve got business phrases. Secrets of Success by Dale Carnegie. Sync.ME. I’ve got a lot of stuff.”

Check out other interesting questions and Shaq’s answers below:

How do you decide what to buy?

You know that thing that says “recent apps” and “new apps”? Whatever’s new, I’ve got to be the first to try it.

What did you download lately that you’re super psyched about?

No, but I got a new one that just came out. I just got that the other day. [Note: It was Angry Birds Transformers; this interview happened the week it was released.]

Well, I like using the little birds to knock down the little buildings. Then when I can’t get it, it makes me mad and I’ve got to go back and do it.

What is the best method of staying on top of new apps—do you just look at the App Store?

One, I just go every day, and I got a lot of friends that like to try to beat me to be first to something. So we’re all in it together. So, “Hey, check this out, check this out.” And I read all the technology magazines. I’ve got some people that are in the business. I’m out there. That’s why I spend so much money on apps, because it’s amazing, all the stuff you can do on your phone.

What do you think of the 6 Plus?

I like it. You know what my problem was before it came out? There was a lot of stuff that wasn’t really Apple-created, but I thought it was Apple-created, like they had a wireless charger. So when I got it, it was similar to Apple, but I was—not disappointed, but not as happy as I thought I would be. I stood in line for three hours in Baton Rouge [for the new iPhone].

Did they let you cut the line?

Good man. You’ve got some big hands. Did you feel like the older phones were harder to manage? Like, does the 6 Plus feel in your hands like the 5 feels in mine?

You know, it doesn’t matter with me the size of the phone. It’s still functional. I can still text. But this is bigger. The only time I don’t like this one is when I’ve got a suit and tie and try to put it in my pocket. You know when we had the Dopeman phones? Know what that is?

The Dopeman phones! The Motorola brick phones. I remember when they had that. So, to see all the stuff they have now is just amazing. That’s why I spend $1,000 on apps. I’ve just got to be the first to have them.