Starting today, all Pinterest users can download and share published Idea Pins on other social media platforms. These Idea Pins will be downloaded as a watermarked video that stitches all the Idea Pin pages together and ends with an end card that displays the creator’s name and username. 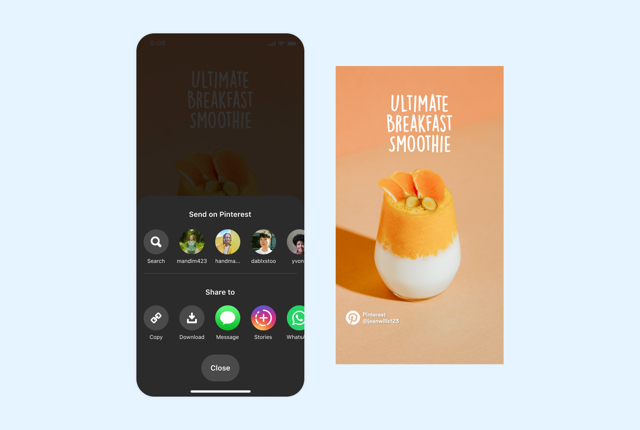 For those who aren’t familiar, Idea Pins are Pinterest’s native publishing format that was first introduced to creators in 2020 and rolled out globally in 2021. Idea Pins are a multi-page canvas to share ideas and tutorials with others.

In Pinterest’s “Watch” tab, Pinners find a full-screen feed of Idea Pins to scroll through and engage with content from brands and creators.

Pinterest has also shared some of the best practices for Idea Pins: