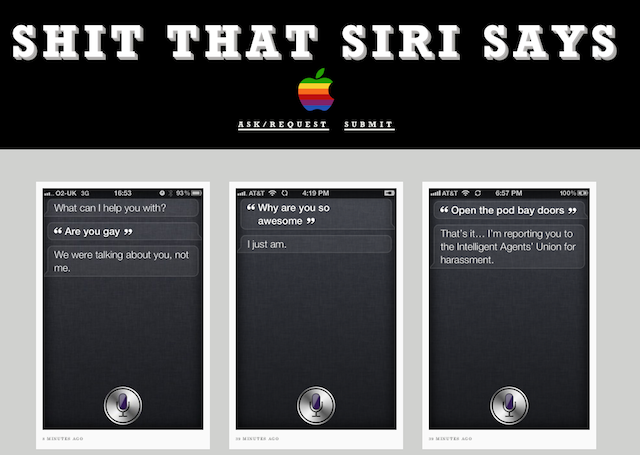 The release of the iPhone 4S has turned millions of people into instant BFFs with Siri (check out our hands on video), the new ‘humble assistant’. Siri has definite character–she’s sassy, helpful, and can sometimes seem down right moody. Although she is slightly held back in Canada in terms of finding restaurants and map locations, she still is damn smart.

I’ve had my fun with Siri, asking her about the meaning of life (she doesn’t just say ’42’) and where she’s from (yes, pretty tame so far). To check out some of Siri’s finest moments, the newly created Tumblr page Shit Siri Says will let you see some of her finest moments: 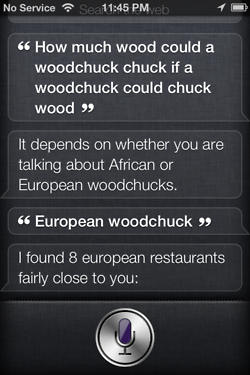 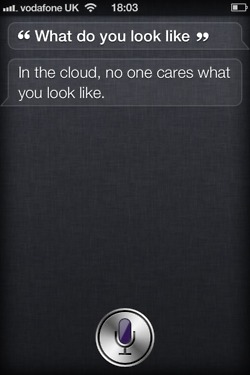 Users are able to submit their own screenshots of what Siri says right to the site. Some of them are downright hilarious. What are some interesting responses you’ve heard from Siri?