As Black Friday approaches, Shopbot, the leading online price-comparison platform, has unveiled a report to shed light on 2015’s major trends for the day that will “officially” kick off the holiday shopping season. 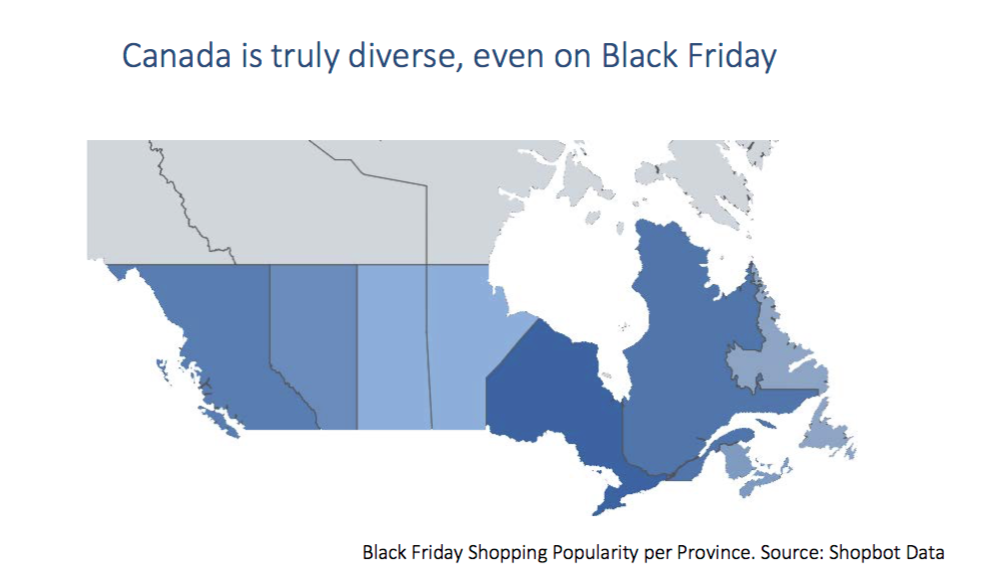 As it turns out, despite major interest in Black Friday, Canadians are refraining from overspending. We must add, though, that enthusiasm is skyrocketing four weeks earlier than in 2014. According to Shopbot, the five provinces that shop the most during Black Friday are: Ontario, with 46% interest in online Black Friday shopping (the majority of them are apparently after smartphones); Quebec (26% — tablets); British Columbia (15%), where shoppers are obsessed with camera deals; Alberta (11%), where LCD TV deals are winners; and Manitoba (7%), where citizens are in the hunt for smartphone deals.

An interesting highlight of the study is the age group of online shoppers: traffic on Shopbot reveals that online shoppers who are 55-plus years old are entering the Black Friday frenzy.

As Shopbot notes, Black Friday “nowadays is all about shopping for others: it’s about buying gifts for family and friends for the holiday season, which is just around the corner. But Boxing Day, that’s when shoppers can finally treat themselves.”

You can read the full report on Shopbot’s website.