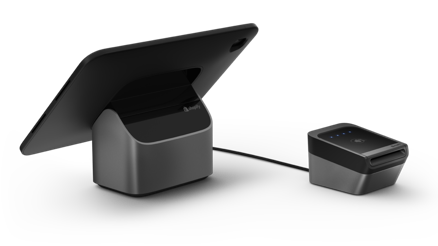 Ottawa-based Shopify this week announced the launch of its new retail hardware collection, including three devices i.e. the Shopify Tap & Chip Reader, Dock, and Retail Stand, that promises to revolutionize in-store shopping for the world’s fastest-growing brands as well as for their customers.

Shopify helped usher in a new era of digitally native brands and category leaders, and now we’re helping them pioneer a better retail experience with the most flexible and seamless in-person selling solution available.

With years of experience building point-of-sale (POS) tools for brands that want to extend their online success to offline sales, this is just the latest way we’re helping merchants make commerce better.

First up is the sleek new Tap & Chip Reader that enables shoppers to pay quickly and securely by simply tapping their payment-enabled smartphone or inserting their debit or credit card. The device also connects seamlessly to Shopify POS, the company’s software for selling in-person.

The Dock accessory for the Tap & Chip Reader has been designed to hold and charge it, whereas the Retail Stand accessory lives on the counter next to the Reader Dock for a more traditional checkout. The Stand tilts for more transparent customer service and extends power and connectivity to make sure the Shopify POS tablet stays charged.

The Shopify Tap & Chip Reader, Dock and Retail Stand are now available in the U.S–no word yet when Canadian merchants can purchase this hardware.