Should Nintendo Develop Titles for the iPhone?

A recent article by Bloomberg states Nintendo is facing increased pressure from investors seeking the Japanese company to develop games for iOS devices and Facebook, rather than focus on 3D titles. The failure of the latest 3DS hardware resulted in a drastic 32-40% price cut to entice more sales. Nintendo has never had to drop prices within six months of a product launch.

Nintendo’s president Satoru Iwata has stood his ground to say Nintendo will only make titles for its own products as long as he’s running the show. Too bad he’s missing the big picture here–portable gaming has changed thanks to the App Store. Developers have showed what can be produced and sold for a mere 99 cents, and selling by volume. Angry Birds, anyone? Gone are the days of paying $60–for one title.

Many of us grew up playing Nintendo games and relish characters like Mario, Link and Samus. Imagine if Nintendo ported their classic games over to iOS–it would sell like hotcakes (sure, the controls would be different but the sense of nostalgia would be priceless). Square Enix, the makers of Final Fantasy, have jumped right into the App Store with 15-20 apps and haven’t missed a beat. Nintendo needs to go out on a limb and try the same. Either develop your own mobile platform, or acquire an existing one to compete.

Would you want to see Nintendo on the iPhone? How much longer can they continue to sell Wii and 3DS units when their games can’t keep up? 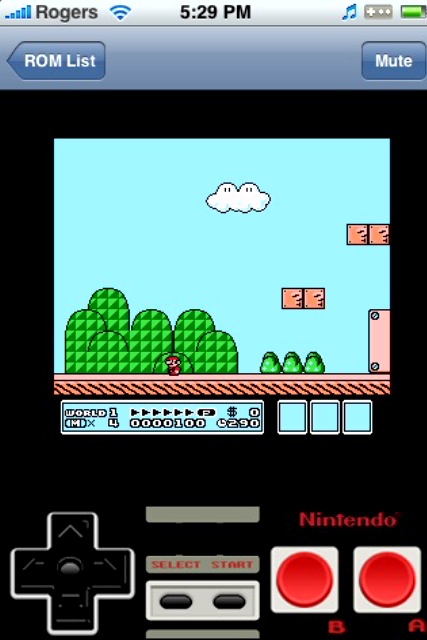