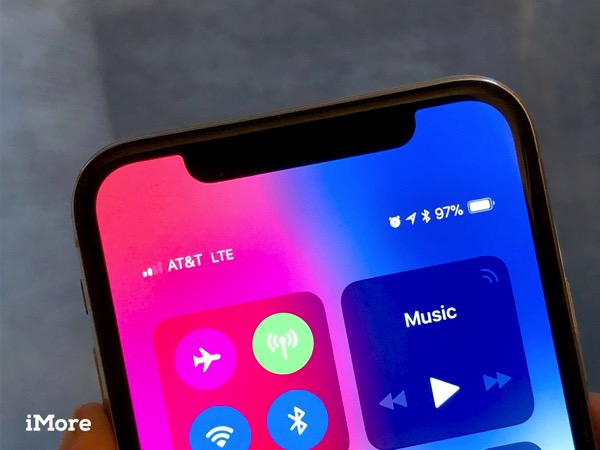 Touch your finger to the top right “horn” (or ‘ear’) where the battery icon is. 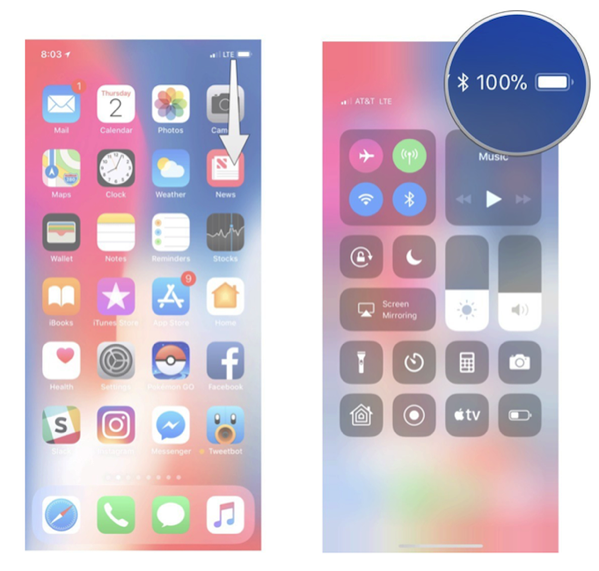 The battery percentage will now show on the top right.