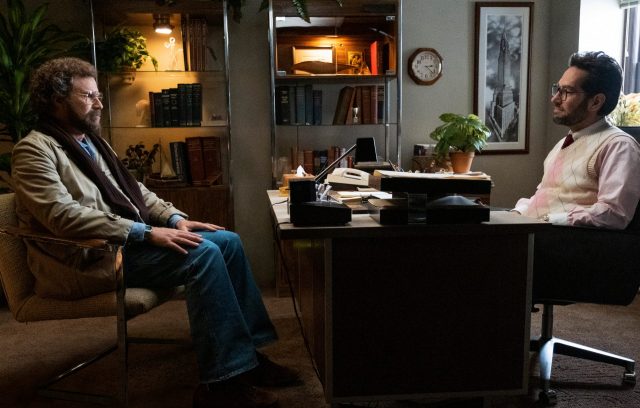 Based on the podcast of the same name, The Shrink Next Door is about a therapist (Rudd), a patient (Ferrell), and the patient’s sister who doesn’t trust the therapist.

The clip certainly doesn’t give much away in terms of the show’s plot, but does tease its period setting (it’s set in the 1970s) and especially its lead actors’ more restrained and realistic performances. There’s also a remixed version of Billy Joel’s “My Life”” that seems incredibly significant to the story.

The synopsis for The Shrink Next Door reads as follows: “Inspired by the true story of Marty and the therapist who turned his life around…then took it over. When he first meets Dr. Ike, Marty just wants to get better at boundaries. Over 30 years, he’ll learn all about them—and what happens when they get crossed.”

Directed by Michael Showalter and Jesse Peretz, and based on the script by Emmy, Golden Globe, BAFTA, WGA Award winner Georgia Pritchett, The Shrink Next Door hails from Civic Center Media in association with MRC Television. The series is based on the #1 new podcast of 2019 by Wondery and Bloomberg Media.

The Shrink Next Door debuts Friday, November 12 on Apple TV+ with the first three episodes, followed by a new episode every Friday.

Check out the trailer above.